A love letter to the season 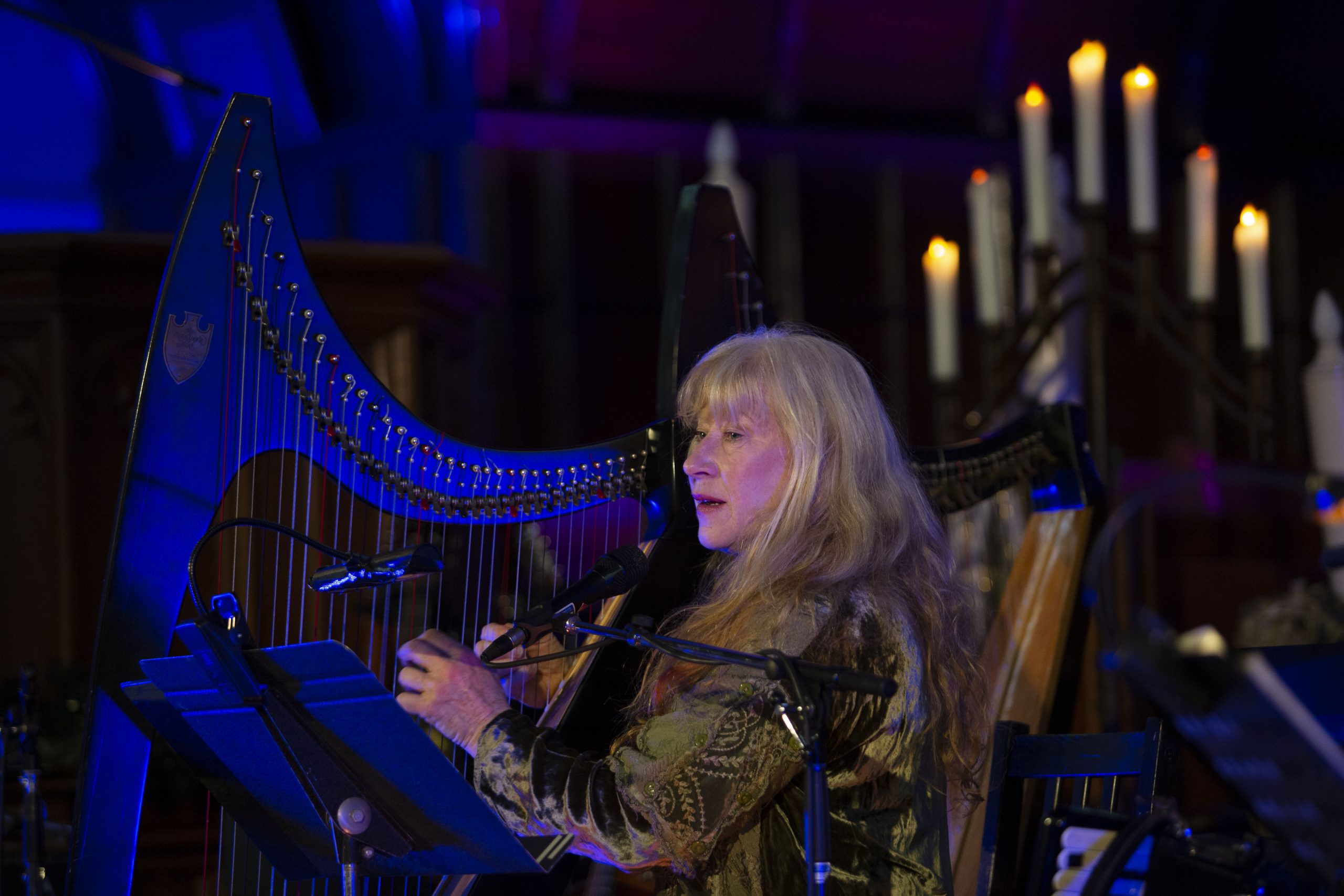 A love letter to the season

Under A Winter’s Moon

When I was a child growing up in a small prairie town in Manitoba I loved listening to Christmas and winter stories, immersing myself in the musical wonder of the season, rich with the ritual of concerts. It was everywhere and all the time – at school, at church, on the radio and on TV since there was no concert hall in our small community.

I was singing and accompanying choirs at so many events at this time of the year that the tradition was ingrained into my being. As the days became dark, the wealth of the music and stories began, and as children we would slip into this other world. This wasn’t the stuff of summer. This was a winter feast.

Now, as I’ve begun doing interviews for my new album Under A Winter’s Moon, the question that comes up most often is, “What is its origins and how did I come up with such an eclectic mix of spoken word and music, with themes of Christmas, nature, Indigenous and Celtic culture – and why did I want to do this?”

I should begin by saying I honestly didn’t set out to make another recording, per se. The performances, which have now become this recording, came about as much from being cooped up by the pandemic as anything else. And of course from a deep longing to get back to what we do best, which is to make music and share it with other people, perhaps when they need it most.

Over the years of contemplating such a performance, the process, in the end, has been a bit like gathering up bits and pieces – a potpourri of people and creative elements which I’ve I encountered along the way and strung together like a necklace. These might be elements rooted in the natural world, or in the rhythms and rituals of this season of death and rebirth, and upon which the Christmas story sits. They could be the 16th – century Scottish carol which hardly anyone knows, Balulalow (Cradle Song).

I recalled sharing the stage in the 1970s with the highly-accomplished Indigenous actor/singer Tom Jackson and I invited him to record The Sky Woman Story for our performance last December. It’s another kind of birth story, but from an Indigenous world view.

I think of my travels to Ireland in the early 1980s and the story behind the song of Dickens’ Dublin which weaves around a little Dublin street girl’s retelling of the nativity story, or my recent acquaintance with Jeffrey George, a wonderful multi-talented Indigenous artist and his poetic sensory view of Mother Earth on a calm winter’s day. And there’s the evolution of the Celtic band we know as The Bookends, three-quarters of whom perform with us (and one of whom is part of the Quinlan Road team). And of course, there’s the tasteful and imaginative percussion work of Graham Hargrove, and my long-standing musical colleague Caroline Lavelle, who brings such heart and warmth to her cello playing and with a long affinity with traditional English music.

Too, I could say I have been yearning myself for the kind of seasonal concert I grew up with as a child, so creating Under A Winter’s Moon goes some way in addressing that. I also know there are so many different creative directions I could have taken this performance. This recording is just one.

Over a number of years at the Falstaff Family Centre (which I own and where we have our offices), leading up to Christmas we host a Cookies and Carols night for families and children in the community where they come and sing carols together and listen to stories.

A highlight of those Cookies and Carols evenings is hearing and seeing award-winning actor Cedric Smith perform a part of A Child’s Christmas in Wales by Dylan Thomas. So popular has that portion of the evening been, that when it came to Under A Winter’s Moon, I thought we must conceive a performance where he can do the entire piece. And so, we did all six chapters with carols in between. It’s the second half of Under A Winter’s Moon.

This performance is a special and intimate love letter to the season.

In my travels over the years and to many places, I am constantly reminded of how integral and enriching is the experience of not only hearing music but being part of it. Too, I am reminded of the ancient art of  storytelling, from the ancient bards to those in the coffee houses in Damascas.

And of course, how comforting it can be to be in the company of family, friends and the community all enjoying it together. A kind of Agora as my Greek friends would say.

So there you have it!  At least some of it. There are likely even more stories to tell, but they’ll have to wait for another day or under a winter’s moon.