A love of music and the evolution of technology

A love of music and the evolution of technology 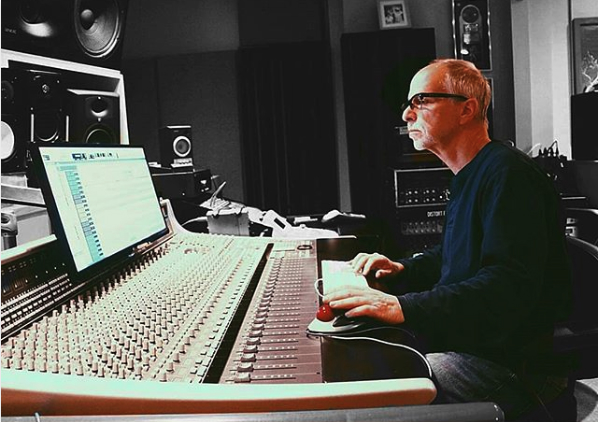 Jeff Wolpert operates on the cusp of art and technology. It’s an intersection he relishes. The award-winning sound engineer, mixer and producer has worked with some of the biggest names in the music industry during his 35-year career.

Based in Toronto, Jeff has been working with Loreena from the beginning, ever since they both launched their respective careers. “We’re the same age, Loreena and I,” he offers. “I can remember her playing early one morning to my youngest child, who is now a grown woman. It’s been an evolution – both musically and career-wise. Loreena was a seminal artist for me. She was up for it and I was up for it, so it was great.”

Jeff has won three Juno Awards for Engineer of the Year, and since 2012 has been the owner and chief engineer at Desert Fish Studios. He first worked with Loreena in 1987 on her seasonal recording To Drive The Cold Winter Away, followed by Parallel Dreams in 1989. He’s also worked on most of her subsequent albums and co-produced two of them.

“I’m very grateful to have worked with Jeff all these years and on so many projects,” says Loreena. “What he does is invisible to most people, yet it’s an essential ingredient in the final outcome of any recording. He’s also such a lovely, reliable and considerate person to have in the studio environment. I’m delighted he was able to be involved in this 30th anniversary package. I hope people will enjoying hearing his own thoughts on this during our round table discussion on one of the discs in the package.”

As for working with Loreena, Jeff says it’s been a pleasure watching the evolution of her creative instincts. “Loreena’s pursuit of ‘her best’ has been sharpened and heightened over the years,” he says. “Whenever she sat down to do something it felt like she knew exactly what she wanted to do. Loreena does not sing out of tune. She doesn’t make mistakes. And she knows when she’s got the right thing.”

But getting ‘the right thing’ is also impacted by how a song is recorded and mixed. “I might have 100 different microphones to choose from. Then I need to decide where it’s placed,” says Jeff. “We might have three people in one room, or three people in three different rooms. We also have to decide how much we reveal, and when, in the song.”

It’s a delicate dance intended to elevate the music to its highest listening experience and there are many, many factors to consider. “It takes a fair amount of experimentation,” he explains. “Over the years we did more and more experimentation, asking ourselves ‘how can we make this even better’?”

He cites the example of recording “The Lady of Shalott” where there was violin and cello throughout the song, yet after it was mixed you only hear them at the end. “This is where you decide the prominence of each component,” Jeff explains. “It’s like conducting the performance.” And studio, versus live recording, affords more opportunities for control and enhancement. “We do in the studio what is not possible in real time. We make things happen you couldn’t do live. It’s like the difference between a movie and a live play.” Both, of course, have their own merits.

It’s a balancing act really. “Mixing is a gamble and sometimes you can go further than you should. All I do is balance. The job actually used to be called ‘balancing engineer’.

Asked if he, as engineer and mixer, makes Loreena sound even better, Jeff says without hesitation, “Unapologetically, yes.”

And of course, there are different considerations when recording live performances, as with Loreena’s Nights From the Alhambra, where Jeff was both recording and mixing engineer.

The open-air concert took place in an ancient palace in the heart of medieval Spain and was released in 2007 as a live album and DVD. Recording in such exotic locations has become common for Jeff while working with Loreena. During her 2009 Mediterranean Tour, he recorded her performances in Lebanon, Hungary, Italy and Greece. (see Mediterranean Odyssey)

Jeff has worked with some big names over the years, including Aretha Franklin, Anne Murray, James Brown, Kris Kristofferson, Holly Cole, Great Big Sea, Natalie MacMaster and others. He’s also worked in film and television, and after teaching on and off for 30 years he’s now director of the Master of Music in Music Technology and Digital Media program at the University of Toronto.

During his 35-year career, Jeff has seen some big changes, but one thing has remained the same. “Music has only two ways into the brain – through the two ears on your head.” The technology, however, has advanced and been enhanced. Desert Fish is one of only three Dolby-Atmos music studios in Canada. Dolby-Atmos is known as an ‘immersive format’ and is “the newest and coolest form of surround sound,” according to Jeff. It’s comparable to what you might experience with three-dimensional sound in a modern cinema. “I love Dolby-Atmos,” he says. “It’s a positional tool I never had in the early days. It has definitely expanded the palette.”

While the bones of making music haven’t really changed (a guitar is still a guitar), how it’s recorded has. “It’s all the same up until what we record it on,” says Jeff. “We’ve gone from analogue to digital recording, which is just another more robust way to store music. Plus, analogue can be lost or deteriorate, while digital can be saved and used indefinitely. You can also manipulate it in ways you could never do with analogue.”

He remembers well when he made the original recording of The Visit back in 1991 and what it signified. “It was a defining moment in Loreena’s career,” he says. “It was also the intersection of cultures and from then on she took off travelling. That core group of musicians is still intact today – and I’m certainly happy to still be around.”

Jeff lives in The Beaches area of Toronto, along with his wife of 31 years, Rebecca Paterson. They have two adult daughters and a granddaughter. The couple enjoys staying active and Jeff regularly bikes to the studio 11 kilometres away, still looking forward to what the day will bring.

“I do love my work and I can’t begin to think about not doing it. This is truly, for me, the place where I can make stuff happen and the evolution of technology is something I’ve rolled with, something I’ve embraced.”