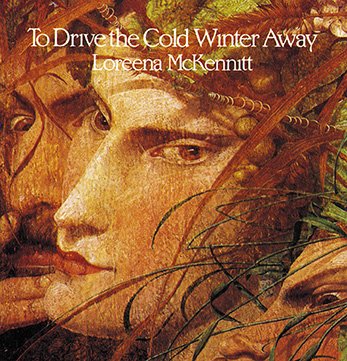 Traditional winter and seasonal songs recorded on location in a Canadian church and in a monastery and artist’s retreat in Ireland.

Loreena’s second, self-produced recording presents seasonal music with a fresh and serendipitous approach. This collection of traditional and lesser-known winter and Christmas carols was recorded in 1987 on location at The Church Of Our Lady in Guelph, Ontario, and, in Ireland, a Benedictine monastery and The Tyrone Guthrie Centre in Annaghmakerrig.

“As a child, my most vivid impression of music for the winter season came from songs and carols recorded in churches or great halls, rich with their own unique ambience and tradition. In that spirit, I have ventured into several similar locations that I have come to cherish in my travels.

Annaghmakerrig, the one-time home of the late Sir Tyrone and Judy Guthrie, nestled in the woods of County Monaghan, Ireland, is presently a retreat for artists. I have had the privilege of working there several times over the years. The hall in which we recorded is a rehearsal hall where Guthrie once worked with many of the world’s finest actors.

Glenstal Abbey is a Benedictine monastery located outside of the city of Limerick, Ireland. Through their devotion and warm sense of humour, the monks have created a tranquillity amidst the surrounding hills that I can only hope gleams through in the songs we recorded there.

This recording was completed in The Church Of Our Lady in Guelph, Ontario, Canada. As we recorded through the dark hours of the night, this magnificent church, built in 1877, offered great inspiration.

The arrangements are sparse, but somehow I felt that reflected the dynamics of the fall and winter seasons, and that there can be much beauty in such simplicity. As it is recorded on location, you may occasionally hear sounds of life continuing on around us. We hope these are not distracting, but rather are embraced like flecks of straw in the wool sweater your grandmother might have knitted to keep the cold winter away.” – L. M.

Traditional winter and seasonal songs recorded on location in a Canadian church and in a monastery and artist’s retreat in Ireland.