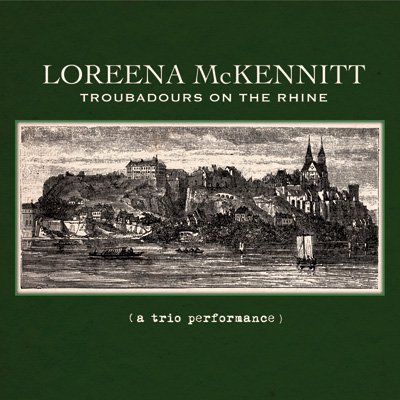 When Canadian singer Loreena McKennitt released her recording, The Wind that Shakes the Barley, in 2010, she visited several countries to help promote the album.

During the “promotional tour” she performed an hour long concert in the studios of German radio station SWR1, accompanied only by Brian Hughes (guitars), Caroline Lavelle (cello), who have long been part of Loreena’s tours and recordings.

Original Broadcast Recorded and Produced on 24th of March, 2011 by Robert Schreml and Michael Dorka at SWR-Mainz, Germany for SWR1.

Recorded at: The Studios of SWR1, Germany.

Original broadcast recorded and produced on March 24, 2011 at SWR in Mainz, Germany.

Track Listing:
Bonny Portmore
Down By The Sally Gardens
The Wind That Shakes The Barley
Between The Shadows
The Lady of Shalott
The Stolen Child
Penelope’s Song
The Bonny Swans
The Parting Glass