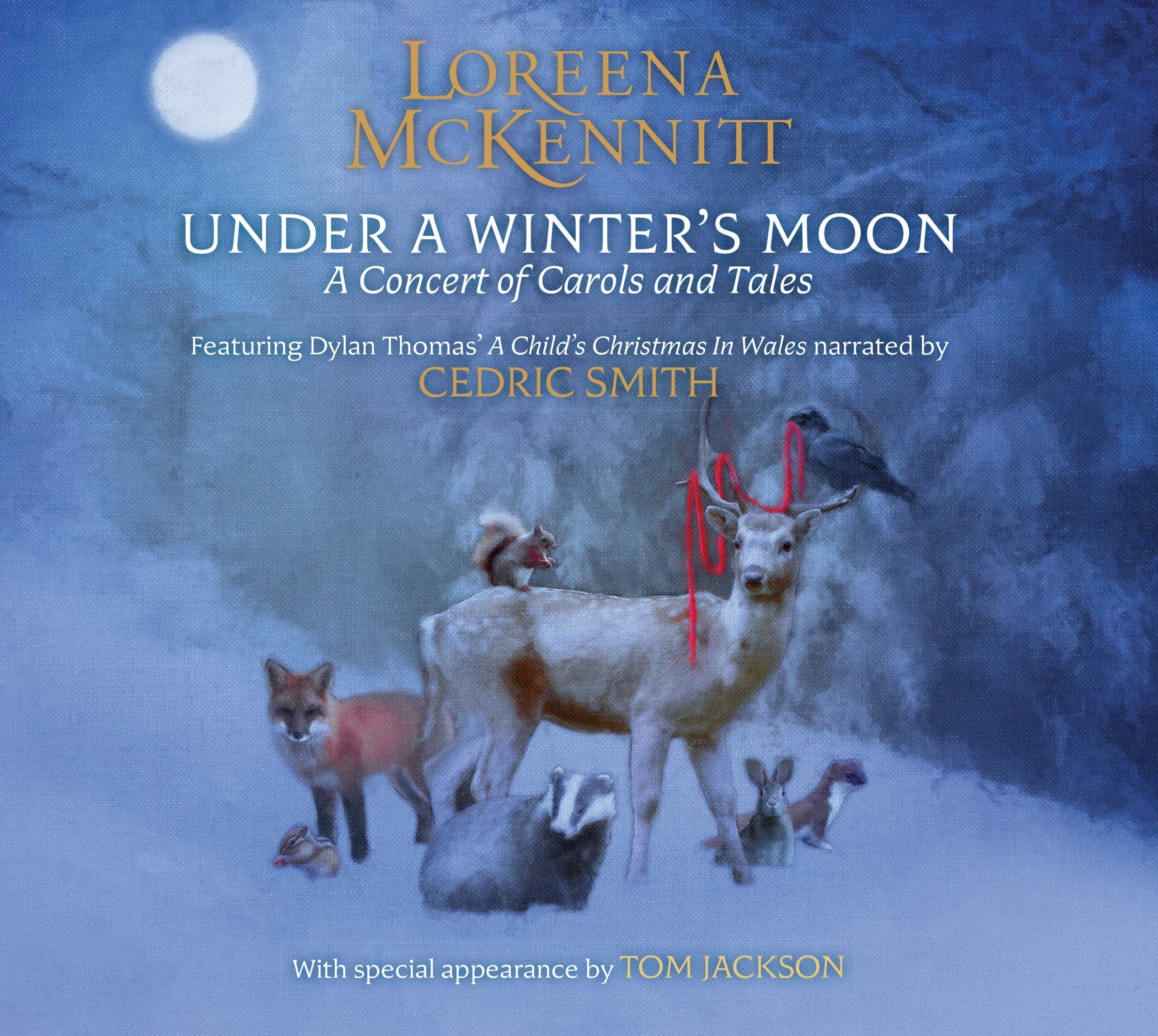 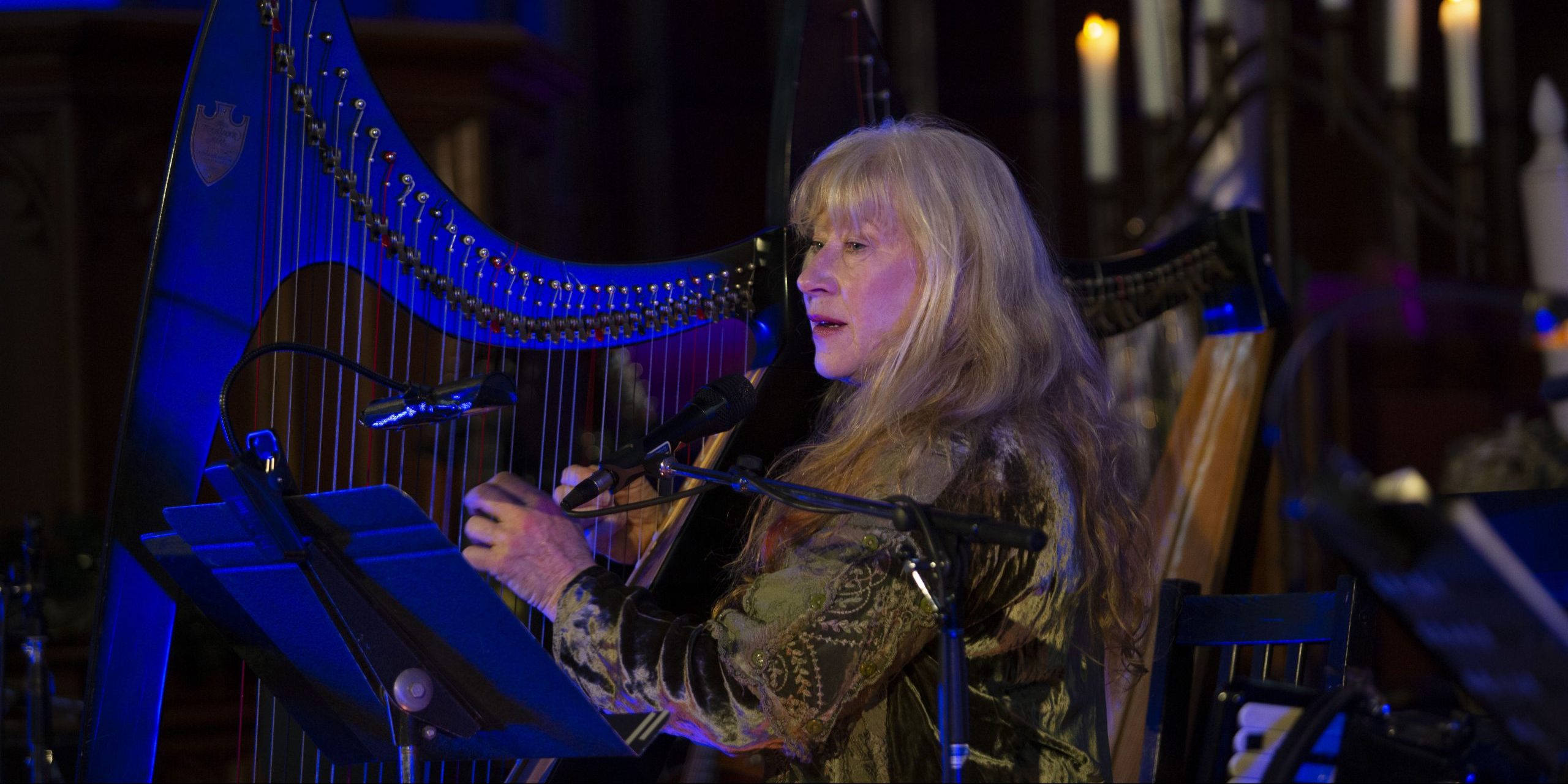 A series of seasonal concerts held in a historic sanctuary in Stratford, Ontario in December 2021 were recorded live and are now being released by Juno Award-winning Canadian artist Loreena McKennitt as her 16th album, entitled Under A Winter’s Moon.

“On a handful of winter’s nights close to the solstice of December 2021, my musical friends and I wove this miscellany of music and spoken word,” writes McKennitt in the new album’s liner notes. “…I sought to incorporate elements of the oral traditions found in many cultures – to capture, inspire and reconnect us with our past, while offering a reminder of the people of those times and what their manner of communication meant in their lives and might mean still.”

The album features such seasonal favourites as “Coventry Carol”, “Good King Wenceslas” and the “Huron Carol”. The first set begins with Jackson reading The Sky Woman Story, an Indigenous creation story. The whole second set embodies Smith’s reading, in six parts, of A Child’s Christmas in Wales, a moving and nostalgic piece of prose by the late Welsh poet Dylan Thomas, interspersed with some of Loreena’s favourite carols.

Loreena produced the record and in addition to vocals plays harp, keyboard and accordion. She’s accompanied by Caroline Lavelle on cello and recorders, Graham Hargrove on percussion, Errol Fischer on fiddle, Pete Watson on guitar and 12-string bouzouki, and Cait Watson on Irish whistle. All these musicians also added back-up vocals for the performance.

Under A Winter’s Moon was recorded at Knox Church in Stratford, Ontario, Canada then mixed and mastered by multi-award-winning engineer, mixer, producer and editor Jeff Wolpert at Desert Fish in Toronto.