With the Lost Souls Summer Tour now under way, Loreena and her crew of fellow musicians are poised to perform in some deeply introspective and timeless places. If your summer travel plans include any of these destinations we invite you to experience the joy of outdoor concerts and the alchemy of ancient venues and exotic musical performances.

Think of it as a voyage through the centuries and across cultural traditions.

In all, the summer tour includes 25 cities in Greece, Turkey, Spain, Germany, Italy and France, between June 26th and July 29th, and the vast majority of performances are outdoors, many of them in historic venues. From an ancient amphitheatre and a bull fighting coliseum, to a Middle Ages castle and a rebuilt Roman palace fortress, these venues are sure to provide a magical setting for the music.

In July, the tour takes Loreena to Italy where she does seven shows. On July 25, she’ll perform in Rome at the fantastic Teatro Romano di Ostia Antica, an ancient 1st Century amphitheatre.

July 26th  takes her to Molfetta on the Adriatic coast, a city whose roots date back to the 4th  Century BC.  And on July 28th, she’ll perform in Cervere at the ‘Festival of the Soul’ in an outdoor performing arts theatre inspired by a seven-metre mask. 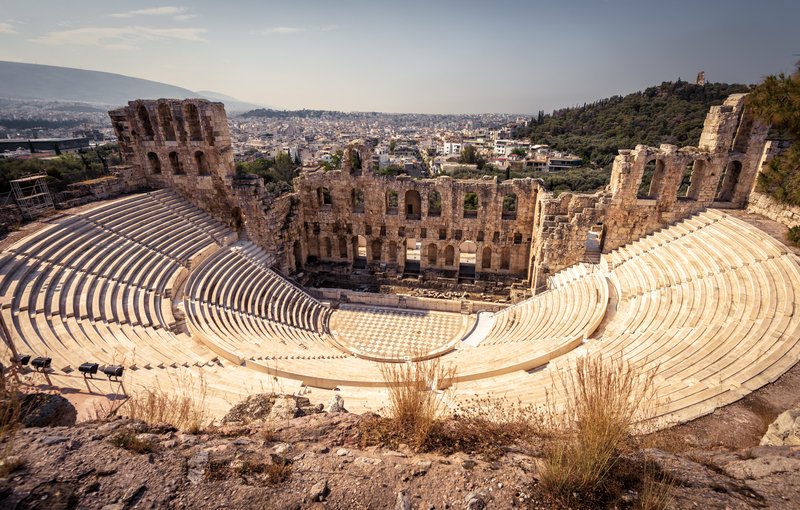 In Athens, on June 27th, she took to the stage at the Odeon of Herodes Atticus at the Acropolis, the 161 AD venue that hosted Yanni’s legendary performance in 1993 and which has also presented such artists as Pavarotti, Sting, Elton John and Frank Sinatra.

“To be able to perform in these ancient places with their ethereal atmospheres simply adds another layer to the musical experience,” says Loreena.

This site uses cookies to assist us in providing you with the best possible experience when you visit. By using this website you consent to our use of these cookies.OkRead more